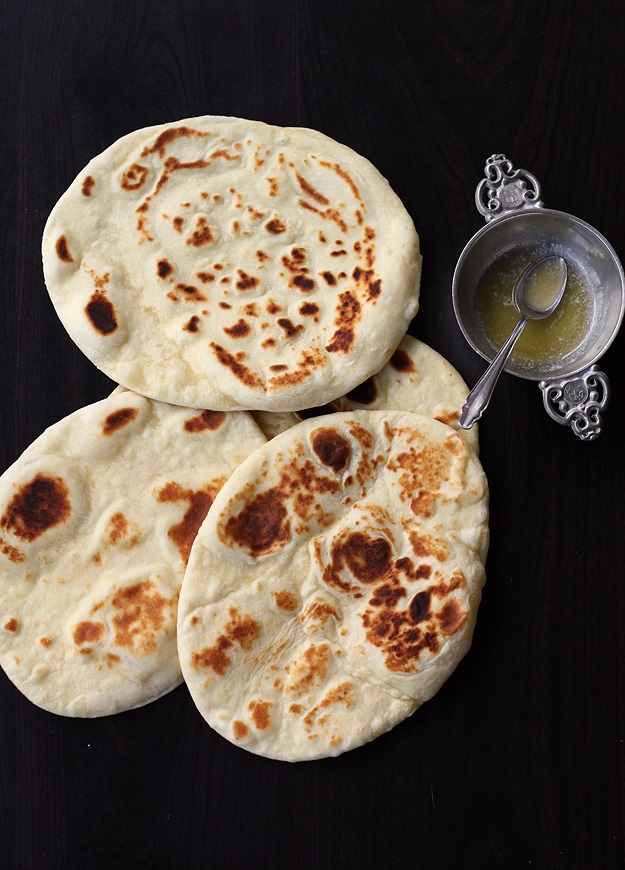 This is not only a quick and easy recipe for the most delicious Indian flatbread, but also makes the softest, fluffiest Naan you can imagine. There is no yeast involved, so that’s why you don’t have a long, annoying resting-time, waiting for the dough to rise.

I have to admit, I am a little obsessed with flatbread. Nearly as much as I am with burger buns or pancakes. I simple won’t accept, that it is not possible to make a really good Pita or Naan at home. I mean, there are some good restaurants out there, that are capable, so why can’t I do it?? You see, my goals are ambitious and I am not easy to satisfy.

So far, I ate the best Naan in South India, in Kannur to be precise. The guys who baked it, kept it in the tandoor oven for only some seconds and it came out super fluffy and delicious. David had to stop me from ordering exclusively Naans for dinner.

In India, they usually don’t heat the tandoor oven for lunch, only for dinner; so that’s why I ate at least regular food for lunch ;-) and got to know some other Indian treats too. Recipes following soon – hopefully. Update: Try my creamy red lentil dal or homemade paneer cheese (ready in 30 minutes). 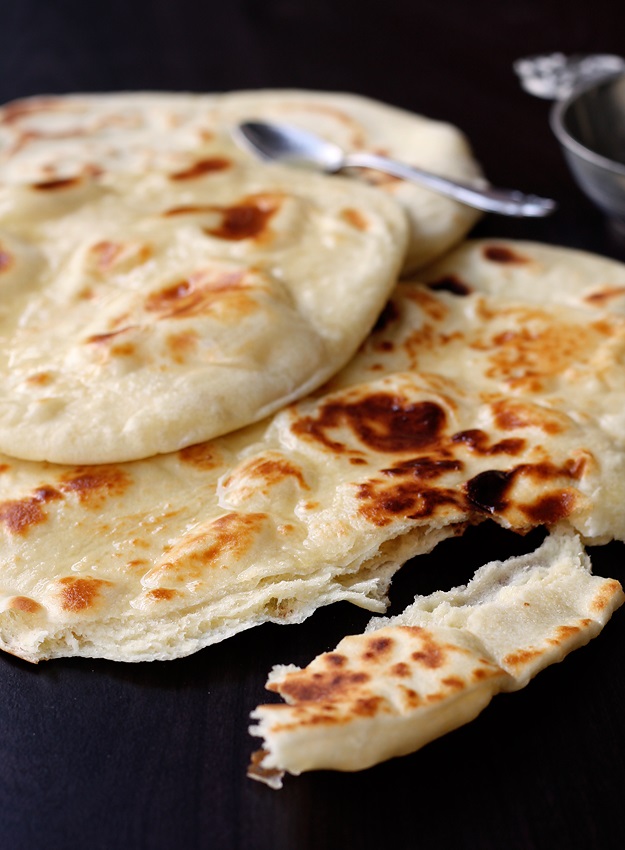 Recipe for Naan without Yeast

Ok, so the recipe for naan without yeast is pretty darn simple. You mix all the wet ingredients, and then add all the dry ones until combined. You have to knead the dough until smooth, 5 minutes or so. Let it sit for half an hour (or do at least 15 minutes, ok?), then divide into equal parts and roll them out.

Bake the naans in a griddle, skillet or non-stick pan (I do the latter). When finished baking, wrap them in a (non-detergent smelling) kitchen towel or place them on a plate and cover with a lid or aluminum foil. This will make them really soft.

Brush the finished Naans with melted butter and/or rub them with a halfed garlic clove to your liking before serving. This makes them even softer, if possible. I prefer my Naan plain or with butter – garlic seems to be too dominant, but that’s totally up to your taste. Nothing else to add, except: I’m sure it will not be the only time you’ll be baking this bread ;-)

You can prepare the dough in advance, just put it in the refrigerator instead of letting it rest for ½ hour. Before using, bring it back to room-temperature (½ hour will do).