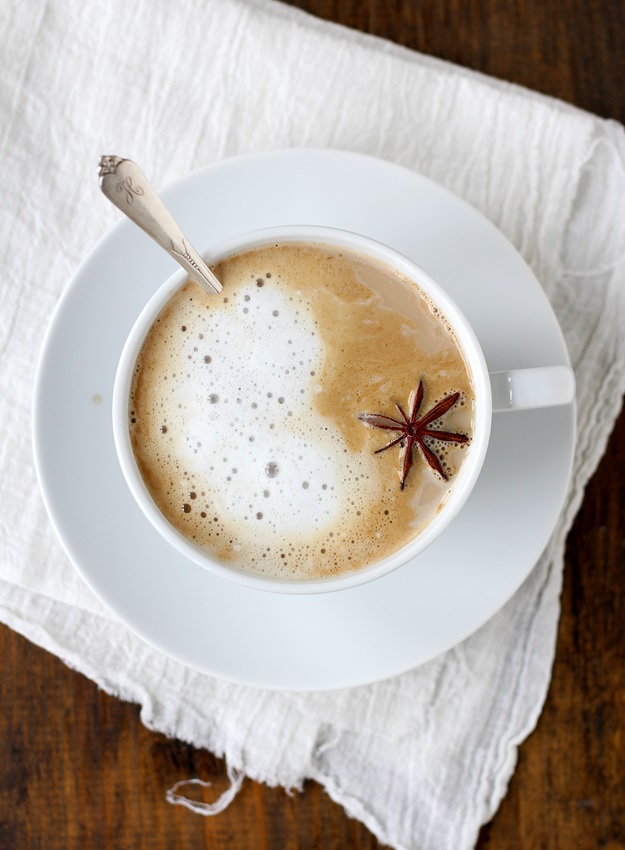 When I traveled to India a couple of years ago, I got in touch with masala chai. In India, “masala” is a mix of spices and “chai” means tea. Of course, I’ve known this kind of spiced milk tea before my trip to India, but I’ve never really been a fan of these intense smelling tea bags that are widely available in supermarkets and neither of their result. In India, I drank a lot of masala tea; the spice mix tasted slightly different every time, sometimes the chai had a more intense cinnamon flavor, sometimes the cardamom was dominant. Same with the milk: I drank masala chai’s that were watery; some were creamier, depending on the amount of milk added. I even tasted chai with goat milk and for that I know: I am definitely not a fan of masala chai with goat milk.

Ever since this trip, I put some effort into making my own masala tea. Probably once a year I get really enthusiastic about it and try a new spice-mix. But so far the results have never been mind-blowing. Finally, Madhur Jaffrey’s recipe turned it around. Of course, Madhur Jaffrey! I read an article on Food52 about her making masala chai, so I simply had to try her recipe. I finally got what I was looking for: A very balanced spiced tea, which is not too intense and overwhelming. I tweaked her recipe, of course, but only after I followed her recipe exactly for a few times. For the Food52 article, she adapted her own recipe for masala chai, so I think she would be ok ;-) 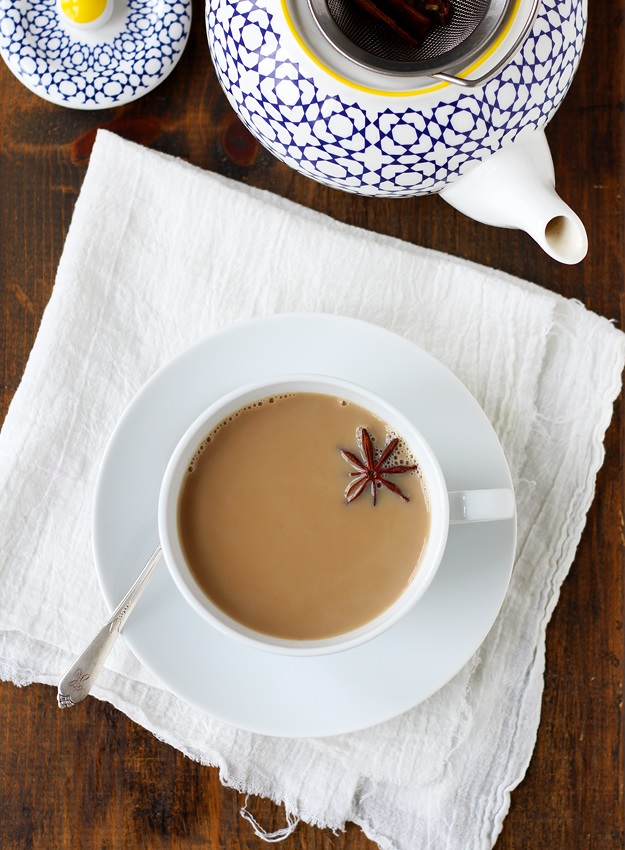 The mayor change I made is the addition of salt. I think a tiny amount of salt is essential in this tea; it simply results in a more balanced beverage. I also added fennel seeds and star anise, which add a hint of an earthy and robust flavor. I cut back the sugar and milk and voilà: This is my masala chai. Enjoy! 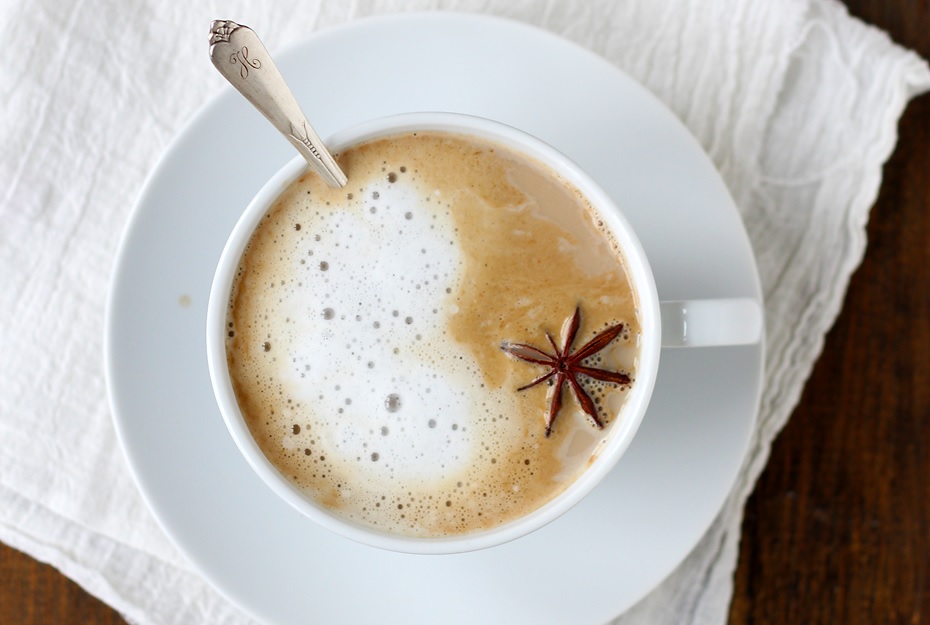 I usually add some frothed milk for a special treat. If you don’t own a milk frother (neither do I), you can simply shake the hot milk in a (clean jam) jar for a minute. Make sure to close the lid tightly and wrap a tea towel around the jar since it will get hot during shaking. The milk froth isn’t really dense but it does the job. On the picture above, I used this method using whole milk. Or you can try the Kitchn’s version.

This recipe was adapted from Madhur Jaffrey’s masala chai on Food52. 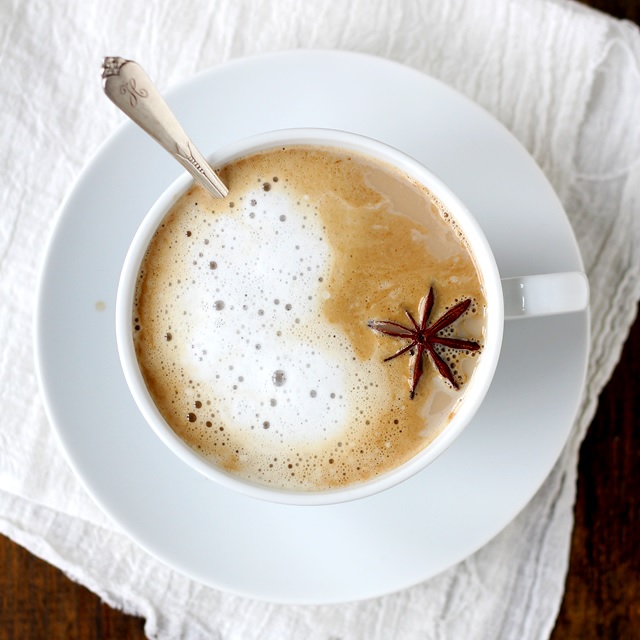 I like my masala chai with frothed milk. For each cup, froth 2 tablespoons of hot milk with a milk frother. If you don't own one, you can simply shake the hot milk in a (clean jam) jar for a minute. Make sure to close the lid tightly and wrap a tea towel around the jar since it will get hot during shaking. The milk froth isn’t really dense but it does the job. On the pictures above, I used this method using whole milk.