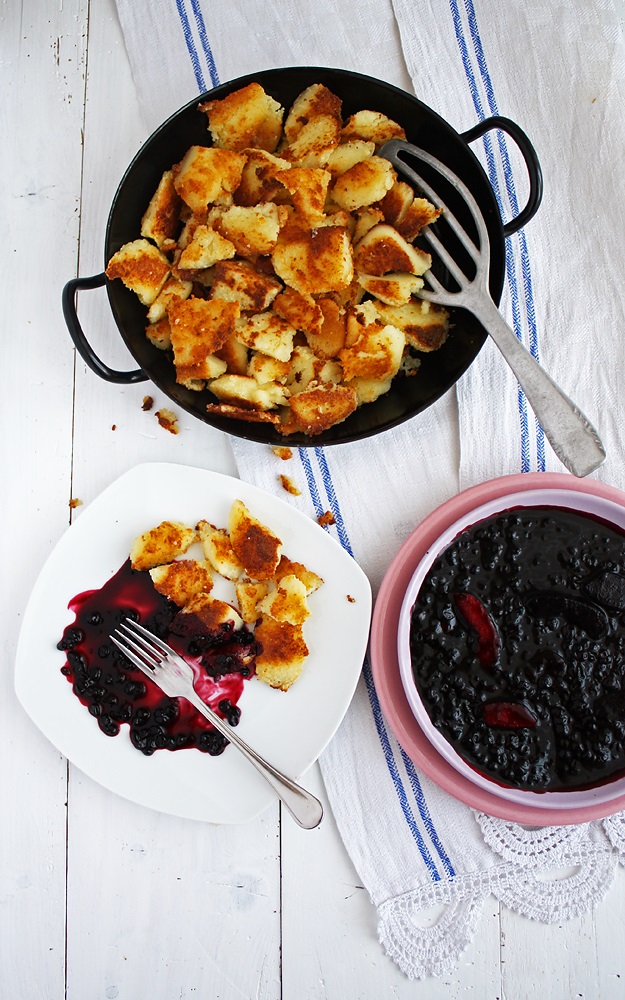 So, this is a real Austrian classic. When consumed, it dyes your lips and tongue purple which can make a whole family look like zombies. Believe me, my granny does look really scary after eating stewed elderberries ;-)

If you are lucky like me you have an elder bush right in your garden. If not, make it a daytrip out of the city to pick some of these wonderful berries. The elderberry-season starts in late August and lasts till the end of September. So far, I have never found any of these berries at farmer’s markets or supermarkets, so you have to get your hands dirty.

In German, the dish Stewed Elderberries is actually called “Hollerröster”. It’s an ancient, traditional dish and all Austrian grandparents will know it, but maybe not the younger generation – unfortunately. The only thing to keep in mind when preparing a dish with elderberries is, to cook them properly. Unripe red berries and uncooked black berries are inedible, so make sure to always have them cooked.

Stewed elderberries are usually accompanied by some sort of Baked Semolina – I think that’s actually more a European, especially Eastern European thing. In Boston, it was pretty hard to find that kind of wheat semolina (coarse, white-beige in color) you will need for that dish. In the end I found it in an Indian grocery store under the name of cream of wheat (sooji).

Schmarrn, pleased to meet you

In Austria there a many types of Schmarrn [shmarn, comparable to the pronunciation in darn]. This word refers to anything that is shredded or cut into pieces. A Kaiserschmarrn for instance is some sort of shredded pancakes, a Semmelschmarrn is made of shredded rolls. And a Grießschmarrn, yeah ok, I get the difficulties in that word. The weird letter ß is pronounced similar to the letter c in the word place. Well, let’s call it baked semolina from now on.

Btw Schmarrn is also refererd to as nonsense ;-) So, let’s start the nonsense. My granny always cooked Baked Semolina in the oven. I kind of thought for a long time that that’s the one and only way to do it. However, some years ago I discovered that frying the milk-soaked semolina pieces in a pan works just as well and will yield a pretty nice dish. 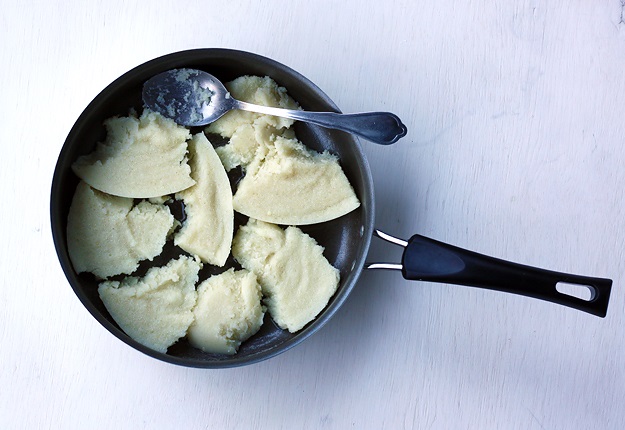 For frying in the pan, spoon some of the firm batter (about ½ to ¾ inch thick) into the frying pan. 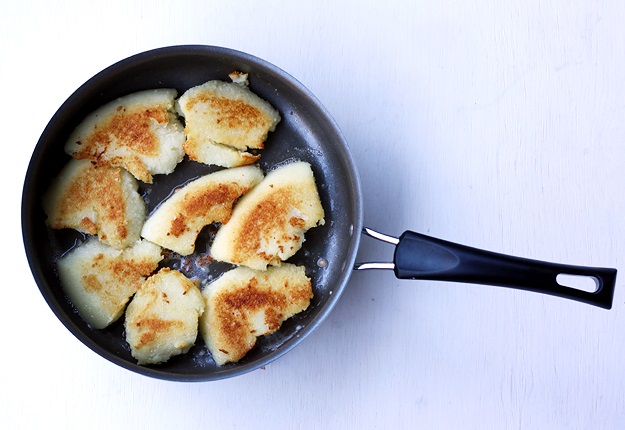 Fry the pieces for about 5-10 minutes until the bottom side turns golden, then turn around. 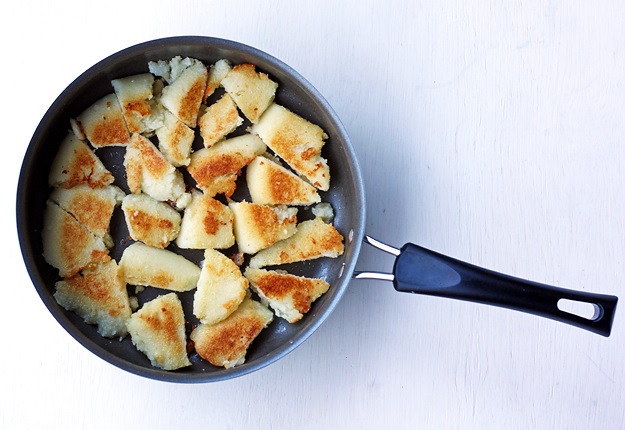 With a spatula or turner, break the pieces down into smaller ones. Fry until the other side turns golden.

So it’s really up to you, either you bake it in the oven or fry it in the pan. It’s faster in the pan, but will have to keep an eye on it, otherwise it will get burnt. The oven needs more time to do the trick, but at least you don’t have to watch it for the entire time. 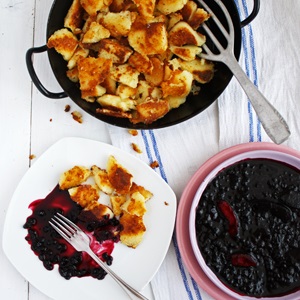 For the Stewed Elderberries
For the Baked Semolina

For the Stewed Elderberries
For the Baked Semolina