I was shadow banned on Instagram for a while. I am not any more. Here is how I fixed the Instagram shadow ban. 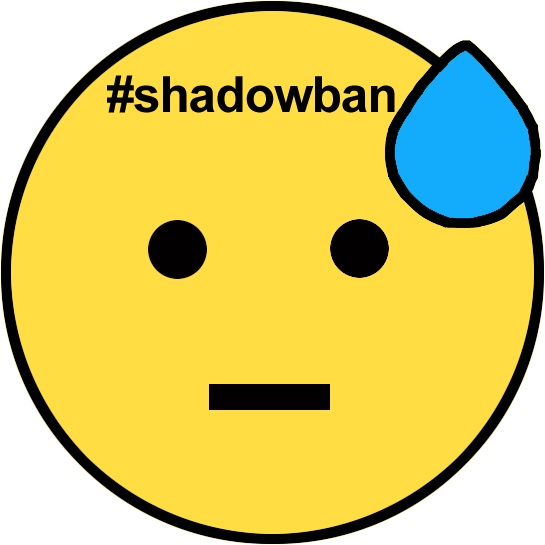 When your hashtags are not visible to the public but only to your followers, you are shadow banned.

So what is casually called the ‘shadow ban’ is basically the following: Your hashtags are invisible to the public, they are only visible to people who follow you.

I didn’t know that something like this even exists before it hit my account. Apparently, this is a method to fight spammy accounts. Sometimes it affects innocent feeds – like in my case. I’ve told my story in this article.

I didn’t use any broken or banned hashtags, but Instagram seemed to have a problem with my #lilvienna hashtag. I added it to every Instagram post – so maybe it was too much. Whatever the reason for this was, I found out that this harmless hashtag caused all the problems.

Every hashtag that I added below #lilvienna was banned too. Since I always added my signature hashtag first, all of my hashtags didn’t work as a consequence. I only figured this out with checking the triberr shadow ban tester since it shows problematic hashtags –> Note: Right now the website doesn’t work. They are working on making updates and it should be available in the near future. That’s what their support team told me in an e-mail from 07/23/2018 . You can use this shadow ban tester website in the meantime, but I like the one by triberr better since it checks your previous 10 posts.

The first thing I did, was to drop the #lilvienna hashtag. As for the rest: I only used about 5 or 10 hashtags in the beginning, which I put into the caption, not the comments. I used to add almost 30 hashtags and always put them in the comments. It worked! I slowly increased the number of hashtags and mixed them up (do not always use the same). I use between 20 and 30 hashtags now and always put them in the caption.

This worked for me, so maybe it will work for some of you too. If you are not sure if one of your hashtags is suspicious to Instagram, only use 2 or 3 in every post, put them in the caption, and check if they show. You have to be signed out of your account to check if they really show (read more here). Instagram tricks you in showing them anyways when you are signed in and it will show your hashtags for all your followers.

If the hashtags show, add two more in the next post and so on. Check every hashtag every time when signed out of your account after posting. This is how I got rid of the Instagram shadowban.

Find my story, reasons why your account may be banned, and some further tips in this article.

How to remove the Instagram Shadowban was last modified: July 23rd, 2018 by Ursula